Stanley was born August 28, 1924, to Benjamin and Elsie Cliver in St. Louis, Missouri. It was in St. Louis that he met his future wife, Marceline Blankenship.

They were married on December 24, 1943, in Lubbock, Texas, where he was attending college. Shortly afterward, Stan went off to WWII in Europe.

Sergeant Stanley Cliver served as an Aerial Gunner in the USAAF. Upon his return, they moved back to St. Louis where Stan worked as a carpenter and cabinet maker later putting himself through Seminary.

He was ordained June 15, 1963. He served at St. Andrews Episcopal Church in St. Louis until 1971, when the family moved to Sundance to serve at Good Shepherd Episcopal Church.

In addition to his service to Our Lord, Stan had a fondness for history, carpentry and the family cabin. He served on the Crook County Historical Society board for many years.

He worked on several projects including the preservation and moving of the Custer Expedition Memorial Monument and building display cases that can be seen at the Crook County Museum and Courthouse.

His carpentry skills also came into good use when he built the family cabin in Colorado. This became a place for happy memories of many gatherings and fish fries with family and friends. Stan had also been a member of Eastern Star Electa Chapter #5 and Sundance Lodge #9 of the Masons. 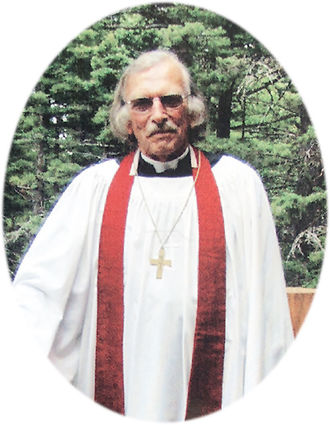 Stan and Marcie were married for 73 years. They are survived by their sons Greg Cliver of Brainerd, Minnesota, Keith Cliver of Rio Rico, Arizona; daughter Marcia and Dan Blakeman of Bedford, New Hampshire; grandchildren Kendra, Kelsey, Karlie, Matthew and Madison; and three great grandchildren, Hagan, Kaia and Hudson. Stan was preceded in death by his wife Marcie and their son Noel Cliver.

Services will be held Friday, September 25, 2020, at Good Shepherd Episcopal Church in Sundance and will be interred at the Black hills National Cemetery, Sturgis, South Dakota.

The family is grateful to those who loved and cared for Stan these last few years. Donations in his name can be made to: Crook County Museum Board c/o Old Stoney PO Box 795 Sundance, WY 82729.