Carol Ann Baker of Sundance, Wyoming, passed on to be with our Lord and Savior, Jesus Christ on Wednesday, September 9, 2020, in Rapid City, South Dakota, at the age of 74.

Carol was born in Deadwood, South Dakota, on December 3, 1945, to Lyle and Berniece Goodroad. She attended elementary school in Deadwood and Whitewood, and high school in Sturgis.

She met Eric Baker at a dance in Whitewood and they were married on March 7, 1963, in Sturgis, South Dakota. She was a loving mother, wife and homemaker. 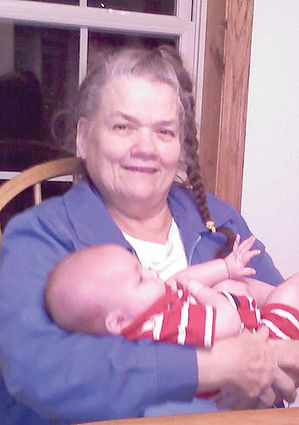 She also worked at various places of employment over the years, including Newberry’s in Lead, South Dakota; Kmart and Woolco in Casper, Wyoming; and Sundance Best Western Inn and Truck Stop.

She enjoyed listening to music (especially the Grand Ole Opry), baking, gardening, canning, crocheting, the outdoors and work around the farm (she was an expert at milking cows!).

She is preceded in death by her parents, brother Dale and sisters Shirley and Louise.

She is survived by her husband Eric; children Justin (Traci), Joyce, Judy (Marc), Steve and Ervin; brother Jerry and sisters Jeanne and Cathy. She also had four grandchildren and four great-grandchildren.

A celebration of Carol’s life/memorial gathering was held on Saturday, September 19, 2020.