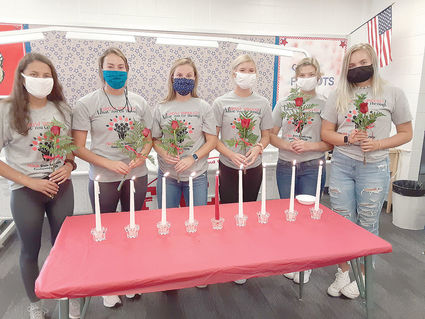 The group changed their by-laws in order to rename officer positions. Instead of the traditional President, Vice President, Secretary, Treasurer offices, they decided to follow the national and state officer leadership to designate officers with multiple vice president positions.

These officers will be traveling to Casper September 30 for a chapter officer training lead by the WY State FCCLA officers. This training is to replace WY FCCLA Fall Conference as larger groups cannot meet.