Kay was born on August 30, 1935, to Harold and Bertha Jane Scott in Gillette, Wyoming. She grew up with her four brothers on the Scott Family Ranch northwest of Gillette. She attended school just two miles from the ranch and graduated in 1953 from Campbell County High School in Gillette.

At age 16, Kay was diagnosed with polio and began a long road to recovery with the lifelong effects of what later became known as post polio syndrome. Her tenacity and strength through these times inspired all those around her.

After graduation, Kay attended Heinman’s Business College in Sheridan, Wyoming and later adventured to Hollywood, California, where she enrolled in airline school and became one of Western Airline’s first ticket agents.

In 1957, Kay married Burton “Bud” Goodvin and in 1963, they purchased the Porter Long Store, a small country store near Devils Tower National Monument. By 1972, “Devils Gulch” consisted of a store, motel, campground and cafe serving the local community and visitors that made their way through northeastern Wyoming.

In 1973, Kay moved to Montana and later was married to John Storms. They made their home in Lakeside, Montana and owned and operated Storm’s Electric for many years. At artist at heart, one of Kay’s greatest honors was the restoration of the historic lamp shades in Lake McDonald Lodge, Glacier National Park, Montana.

From 1982-1986, Kay was gift shop manager and, in her typical spirit, left her beautiful mark on the lives of the many students and park staff she worked with. The summers she spent there were some of her happiest times.

Kay’s faith and her love for the Lord was always felt by those who were in her presence. Unconditional love came natural to her, as did her many words of wisdom. Her incredible strength, gentle spirit and clever sense of humor will always be traits of inspiration to those fortunate enough to have known her. 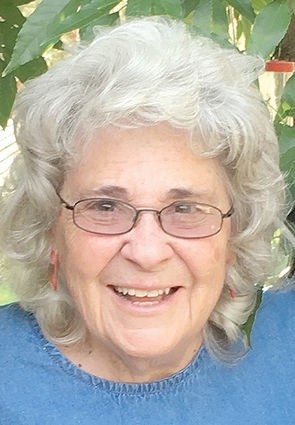