Earl Gray was born May 26, 1929, outside of Alva, Wyoming, to Frank Gray Sr. and Rena (Loe) Gray. The youngest of four siblings, Earl went to country school until his father’s passing, when the family moved to Sundance.

During high school, Earl was involved in many clubs and activities including the school newspaper, The Annual, the class plays and the Letterman’s Club. He played football and basketball. During summer vacations he worked at various jobs around Sundance, including what would become a passion later in life, helping to build the original Crook County War Memorial.

After graduation, he held various jobs until November 4, 1950, when he joined the United States Army. While in the army, he served in Korea, where he earned various medals including the Purple Heart for injuries received while in combat, three Bronze Service Stars, the United Nations Service Medal and Sharpshooter. (Later was presented with a medal of appreciation from the Government of South Korea).

Earl attained the rank of Sergeant. After being discharged, he moved to Newcastle where he worked at Radigan’s Standard Service station. During this time he met and married his wife of almost 68 years, Minta Tate.

It was during this time Earl decided to become a teacher and coach. He attended Black Hills Teachers College and earned a bachelor’s degree majoring in American History with a minor in Physical Education.

He began his teaching/coaching career in Moorcroft, Wyoming, in 1959, teaching and coaching basketball. Then in Douglas, Wyoming. He taught history and coached football, basketball and track.

He moved his family back to Newcastle, Wyoming, where he and Minta owned and operated Castle Conoco. During the summers he coached the Newcastle Volunteer Fireman’s Babe Ruth Baseball team.

He became head wrestling coach a couple years later, a position he held until retirement in 1987. During this time Earl achieved many records and received many honors. He was the first coach in the state of Wyoming to have five consecutive state championship teams, a record which held for over 40 years.

Earl was inducted into the University of Wyoming Wrestling Hall of fame, the Black Hills State College Coaches Hall of Fame, was awarded numerous conference coach of the year awards and was a two-time National Coach of the Year. This year, 2020, he was honored at the State Wrestling Tournament with a Wyoming High School Athletic Association Lifelong Achievement Award for his commitment to the sport of wrestling in the State of Wyoming. He was still helping with wrestling clinics up to this year.

Earl also enjoyed fishing, hunting, gardening, occasional trips to Deadwood (where he worked for a time after retirement from teaching), making barn wood picture frames and visiting with family and friends. He served on many boards and committees in Crook County including the VFW, the school board, and the senior housing board, the Last Salute Group of the VFW, the all-school reunions and most of all, his beloved Crook County War Memorial Committee. 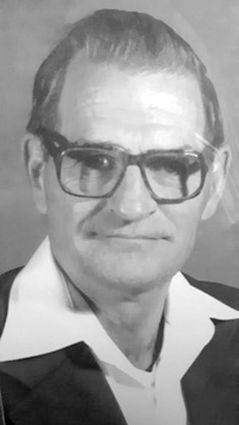 He was preceded in death by his parents, Frank Gray, Sr. and Rena Gray; brother, Frank Gray, Jr. and wife; sisters, Lorene Grund Christensen and Clara Duff and their husbands; an infant son David; brothers-in-law, Ronnie Tate, Cecil Tate (and their spouses) and Duane Tate.

Funeral services will be held at 10 a.m. at the Crook County Central Office Gymnasium (Old Elementary School) on Friday August 21, 2020, with a reception and reminisces to follow at the courthouse basement. Burial with full military honors will be held at Greenwood Cemetery in Newcastle at 3 p.m.

In lieu of flowers, memorials have been established may be sent to Fidler-Roberts & Isburg Funeral Chapel PO Box 1380 Sundance, WY. 82729