Ted Wilson, 91 of Hulett, Wyoming, passed away on August 4, 2020. Ted was born on October 11, 1928, at the family home to Carl and Lola Wilson. He grew up working on the ranch with his father and brother, Dick and sister, Myrna Lea.

He attended grade school in a country schoolhouse across the creek from their home. In 1953, he met Betty Wilson at a church social at the Hulett Baptist Church and asked her to go flying in his Piper Cub.

That was the beginning of a beautiful love story that continued for over 65 years. They married on April 8, 1955, at the Baptist Church where they had met. He and Betty built a home on the ranch across the creek from his parents and raised three daughters there who adored him, Patty, Brenda and Barbi.

Ted was a hard-working entrepreneur. In addition to ranching, he and Betty operated a drive-in restaurant at Devils Tower, a water hauling business and a mail route.

Ted loved to fly and owned a few airplanes during his life, with some pretty wild stories to go with them. Ted also had a love of tractors, especially the red and white ones! He restored a number of them and enjoyed using his antique equipment to harvest a small amount of grain each year. 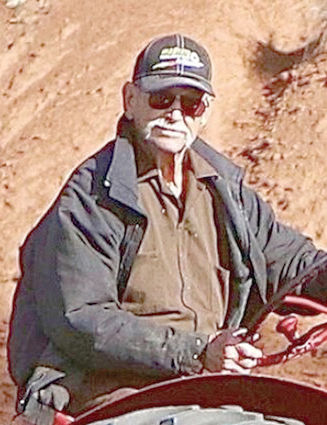 He also had an antique International combine and a thrashing machine and loved the yearly thrashing with friends and family using the antique equipment. He also had a couple old Lincoln Continentals, and you could see him now and then in a tractor or one of his Lincolns, driving down the road to Hulett for coffee and a donut.

In accordance with Ted’s wishes, cremation had taken place and a celebration of Ted’s life will take place at a later time.