Norma Helene Bernd, August 23, 1931 to May 29, 2020. No words can express the profound sorrow and loss we feel as we announce the passing of our mother.

Norma was born in Gillette, Wyoming to George and Margaret Beagle. She grew up in Sundance, Wyoming.

Her home was Beagle Hospital, where she helped raise her younger brothers while her mother ran the hospital and her dad worked for the Wyoming Highway Department. She met and married Harold Bernd in Sundance and together they made their home there for over 60 years.

Norma was a “stay at home” mom to two daughters. She worked part-time for the Sundance Times writing a social column. She later worked for the Forest Service in Sundance, eventually rising to District Clerk before her retirement. 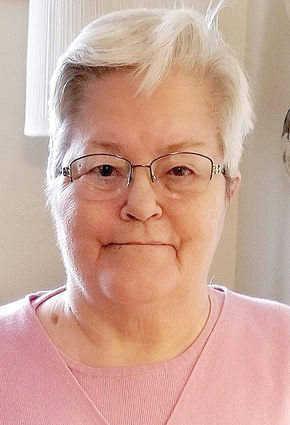 Norma was preceded in death by her parents and her husband Nubs. She is survived by her daughters, Cindy (Mike) Hager and Sandy (Tony) Barnett; as well as seven grandchildren and nine great grandchildren. She is also survived by her brothers, Tom Beagle of Sundance and Larry Beagle of Rapid City, South Dakota.

Norma was one of the sweetest, most caring, Christian people we have ever known. Gratitude came naturally to her and she practiced it each and every day. She will be deeply missed.

Services will be announced at a later date in Sundance, Wyoming after COVID-19 issues subside. In lieu of flowers, a memorial has been established in her name at Good Shepherd Episcopal Church, 602 East Main Street, Sundance, Wyoming 82729.