Janet “Jan” Supon Kingsbury passed away on Friday, April 17, 2020, at home in Albuquerque, New Mexico, surrounded by members of her family. Jan was born in December 1943, in Kimball, Nebraska, to parents, Frank and Lucyellen Supon.

Jan was raised in Pine Bluffs, Wyoming, and graduated from Pine Bluffs High School as valedictorian of the class of 1962. She enrolled at the University of Wyoming where she met the love of her life, Robert (Bob) Kingsbury, whom she married in August of 1965.

She graduated from the University of Wyoming with a B.S. in Home Economics in 1966, and then taught home economics and English at Tempe High School while Bob attended graduate school at Arizona State University.

Bob and Jan lived in Los Alamos, New Mexico, from 1967-1971 and 1973-1986 where Jan taught junior high school home economics and served as a long-term substitute teacher at Los Alamos middle and high schools. The family moved to Albuquerque in 1986 where Jan became a travel agent and worked in several agencies over a 20-year career.

Jan was always very active in her community and her church. She served on the vestry, was Senior Warden of St. Chad’s Episcopal Church for three years and she continued to serve on St. Chad’s Altar Guild until her passing.

She was Treasurer and former President of Chapter AA of the P.E.O. Sisterhood. Jan was also a strong supporter over the years of the American Association of University Women.

Jan’s favorite activity was spending time with her husband, brother, sister, children, grandchildren, many friends and her Boston Terriers. Additionally, she enjoyed gardening, cooking, dining at fine restaurants, her book club and traveling with Bob to new and long-time favorite places such as the family ranch in Wyoming, her brother’s home in Kauai and the California wine country. 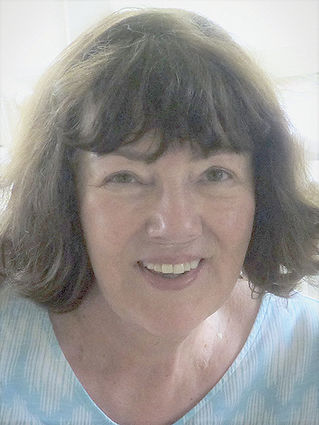 Cremation has taken place, and a Memorial Service for Jan will be held at a later date when we are able to gather with her many friends and family for a celebration of her life.