Betty J. White, a Crook County matriarch who resided near Sundance, Wyoming, went to heaven on March 26, 2020. As a spry 85-year-old, Betty delighted in the knowledge that she had ‘a hell of a ride’ and was a successful rancher who enjoyed the cowboy life to the fullest.

She was instantly loved by young and old, and strangers became fast friends; typically, after just one visit. Betty was quick to smile, laughed often, loved her family and everyone else who she encountered, considering each as “extended family” and invited them to come visit her at the ranch.

A lifetime of philanthropy was a passion of Betty’s, and her husband George, as evidenced by repeated generous donations to a multitude of local, state and national organizations. Betty created the George & Betty White Foundation in 1993 after her beloved George passed away.

A lifetime of their joint giving inspired Betty to dedicate and develop her remaining 100 acres of their Sundance ranch to be designated in-perpetuity as a public access park. She envisioned scores of visitors who would walk, hike and bike; explore, experience and sojourn on her ranch that is tucked beneath the majestic Sundance Mountain.

Betty dreamed that she would live to see area schools bring busloads of science classes to study her ranch’s diverse ecosystems. In her final months, she thrilled at the thought of children’s laughter and bustling activity cascading down the mountainside.

On August 1, 1934, Betty came into the world in Golden, Colorado, ready to fulfil her destiny as a spitfire from the very beginning. As a young girl, Betty chose blue jeans as her everyday school fashion, defying contemporary dresses that all the other girls were wearing.

From a very young age, Betty chose to be outside working alongside her dad, Bill; which made her three sisters Dorothy, Rosella and Mary—who spent their days learning traditional 1940s woman’s roles—turn up their noses, sniff and run tell Lily their mother, “Mama! She’s doing it again!”

Betty loved fast cars and told stories about the loud muffler she had installed on her first car, which Betty enjoyed revving and ripping around the streets of Golden. She met George, her future husband, in 1953 when her friend Betty Lou ‘loaned’ George out to Betty.

Seems Betty Lou had accepted two invitations from two different young men to two separate social events. When Betty and George fell in love, marrying shortly thereafter in 1954, Betty Lou lamented, “I just borrowed him to you. You weren’t supposed to marry him.”

George and Betty loved children and in 1965 their adopted son, Andy was born. The phone rang at their home in Golden and the voice on the other end from Sheridan, Wyoming, said, “We have a baby boy. Do you want him?”

Betty and George excitedly agreed ‘yes’ and headed to Wyoming to pick him up. Upon getting Andy home, Betty had to quickly shift gears and learn how to care for an infant while ranching alongside George. Andy was a perfect match for Betty and he often demonstrated his own spitfire personality throughout his 50 years, passing away in 2015.

As ranchers who during their lifetimes ran cows in Colorado, Wyoming, South Dakota and Montana, Betty and George loved working together. They were united in marriage for 39 years, completing one another while navigating the joys, sorrows and inevitable challenges. While churches rarely saw George and Betty in the pews, both were steadfast in their belief in God and Jesus, and Betty recognized God’s loving hand and Spirit working in their lives.

A celebration of Betty’s life is tentatively planned for a later date and no funeral services or visitation can be held due to the COVID19 quarantine restrictions. Betty’s wishes were that everyone who knew her feisty personality and loving spirit would be satisfied with remembering the good times and lively conversations spent with her, and to not be sad at her passing.

Betty’s adamant message to all was, “Don’t be sad for me. Seriously, I’ve had a great life!” 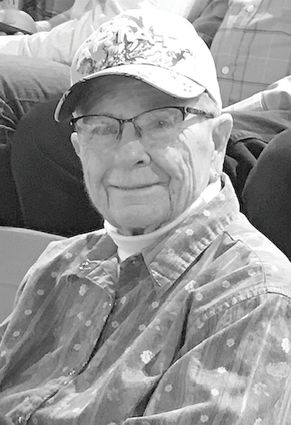