Claude Arthur “Art” Linklater was born on August 30, 1932. He was the son of Harry and Claudia Johnson Linklater, and raised on a ranch north of Hulett, WY that had been homesteaded by his dad. Art graduated from Hulett High School and attended the University of Wyoming for a short time before returning to the ranch.

On June 2, 1954 he married the love of his life, Marge Thorne. To this union four girls were born, Linda, Carla, Janet and Dana. He loved his girls and to him there wasn’t a thing on the ranch that they couldn’t do.

Art was a member of the Crook County Soil Conservation Service, Young Republicans, Farm Bureau and Half Fast Roping Club to name a few. He rode saddle bronc horses in his younger years, enjoyed some team roping and was a life-time member of the Hulett Roping Club, serving in various capacities from president to preparing the grounds for the rodeo with his equipment for many years.

Art was also a member of the R27 Fire Zone, maintaining and operating a county fire truck, always striving to be the first to a fire and was most likely the last to leave.

Above all, Art was a rancher. He had a relentless desire to raise quality cattle and heavy calves. He was very progressive, always studying new things and not afraid to try them out.

In his years of ranching he produced Hereford, Angus, Charolais-cross and even tried a little Beefalo in there. Always optimistic whether there was bad weather or low prices he continued to forge ahead and be self-sufficient. Art was always ready to lend a helping hand to his neighbor with branding, shipping calves, haying or anything that came up. 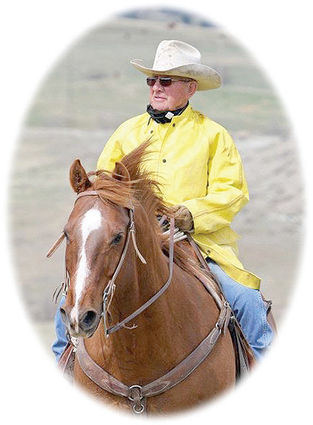 He also liked to hunt elk, whitetail deer and turkeys on the ranch; fish, snowmobile and four wheel. Most of all an occasional trip to the First Gold in Deadwood was a must.

Art died at the age of 87, on Saturday, March 14, 2020. He is survived by his daughters, Linda (Casey) Hunter of Hulett, Carla Snook of Hulett, Janet Thompson of Brighton, CO and Dana (Kenny) Ingalls of Hulett; five grandchildren, DeAnn Morgan, Don (Shanda) Morgan, Cassie Snook, JaCee (Reese) Apland and DeWayne Thompson and eight great-grandchildren. He was preceded in death by his parents, a sister and his wife, Marge.

Memorial services are planned for later this spring.