Waldo Glenn Elwonger, 94 of Sundance, Wyoming, passed away on Wednesday, November 6, 2019, at the Crook County Hospital in Sundance.

Waldo (Wally) Elwonger was born June 5, 1925, in Dawson, Nebraska, to Clarence O. Elwonger and Alva Wagner. He was the fifth of seven children, all of which preceded him in death.

He was raised near Dawson and attended Dawson elementary, Pleasant Valley county school and Dawson high school where he participated in basketball and track and in his sophomore year was fourth in the state in the half-mile. He was drafted into the Army in 1945 and discharged in 1946 with duty in Okinawa.

After his military service he enrolled in the University of Nebraska at Lincoln and obtained a BS degree in Agronomy and a Minor in Soils. In 1951, he took a job with the US Department of Agriculture Soil Conservation Service in Torrington, Wyoming. In 1955, he transferred to Sundance, where he spent the remainder of his career.

He inventoried soils in Crook, Weston and Campbell Counties and published a Crook County Soil Surveying book. He retired in 1980, but continued surveying for Texas Resources until 1982 when he worked for IMEC reclaiming bentonite pits. He drove bus for the school district and sprayed weeds for Weed and Pest and Road and Bridge.

On October 3, 1947 Waldo married Merlene Bouldin and was blessed with twin sons, Steven and Stanley, who were born in 1949, followed by daughters, Sheryal in 1950 and Vicky in 1957. They were married for 69 years until Merlene passed away in 2016.

Wally always felt he had a purpose in life, whether it was supporting his kids, grandkids, great-grandkids, or doing something in the community to make it better, taking care of Merlene when she became ill, telling his stories to make someone laugh or just saying something nice to make your day better.

During his lifetime in Sundance he was the scoutmaster of Troop 62, leading many boys to earn the rank of Eagle Scout, and personally was honored with the Silver Beaver scoutmaster award. He attended the Philmont Scout Ranch in Idaho and the National Boy Scout Jamboree in Idaho.

For many years he maintained the ice-skating rink, assisted with establishing the Crook County War Memorial in Sundance, won many years of the city Christmas decorating contest, and was a long-time member of the American Legion and VFW.

Some of his favorite things in life were camping, fishing, hunting, wood working (whirlygigs and windmills), making wooden Christmas ornaments with his grandchildren, mowing with his riding lawn mower, bowling, playing bingo and sometimes just giving someone a hard time and then smiling with his “gotcha grin”. 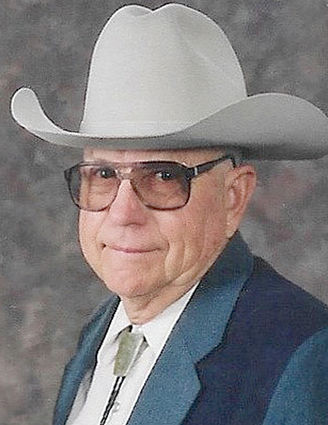 Wally is preceded in death by his wife, Merlene; and son, Stanley. Wally lived the longest of all his siblings and family.