Alberta June Camblin Cox has risen from this world and left behind her beloved Pumpkin Buttes and many memories. She passed away peacefully on Sunday, October 20, 2019, at the age of 91.

Alberta, “Berta,” “Bert,” “Bertie June” Camblin came into this world on June 9, 1928 as the seventh of eight children born to Christina and Earl Camblin at their ranch at the base of the Pumpkin Buttes south of Gillette, Wyoming. Following her “Daddy” around, riding horses, attending country school and getting into mischief kept her busy through the eighth grade.

She and her older sister, Betty, then moved to Gillette for high school, staying in the basement of the Shippey’s until graduation.

Alberta played on the basketball team her freshman year, where she was small but quick. She went on to be a cheerleader her senior year. Also, in her senior year she went through “Normal Training” and was certified upon graduation to be a teacher. That paved the way for her life-long love of learning which encompassed reading, journaling, taking various classes and studying history.

After school was out, Alberta took the train to Washington to help her older sister, DeLaine, with her newborn child. While there, she had lots of adventures, including a summer romance.

At the end of the summer she returned to Wyoming to teach the children of her oldest sister, Rosalee, at Savageton. Initially she rode her horse daily to the school from her parents’ ranch, but when winter set in she moved into a room at the Johnston’s where she stayed until the end of the school year.

The next year she taught at the Taylor Ranch on the way to Midwest, then went back to Savageton for her third year of teaching. During this time, she formed a special bond with her nephew, Lee Johnston, which lasted a lifetime.

On weekends she traveled to Moorcroft, Wyoming, to stay with her sister, Estelene Williams, and go to dances at Rozet, Wyoming, with Estelene and her husband, Glenn. It was there she met her future husband, Gene Cox. After one dance, they danced the rest of the night together, eventually got married on June 4, 1949 and spent the next 25 years together.

Alberta and Gene traveled the first three years of their marriage from location to location while Gene built reservoirs and roads with his Caterpillar in central and northeastern Wyoming. They stayed in a travel trailer Alberta had purchased with her teaching money.

Gene’s youngest brother, Loren, lived with and worked for Gene until his untimely death devastated both of them. Alberta went on to teach one more year at Pine Ridge in Wyoming, close to Carlile, then substitute-taught for several years in Moorcroft.

When Gene and Alberta settled permanently in Moorcroft, their home was the former office of Gene’s maternal grandfather, Ed Stevenson, down by the railroad tracks. After a few years they had the house moved to its current location and set on a basement.

Alberta and Gene had many good years together. They loved to ballroom dance, square dance, ride horses, play Bridge and rodeo. Alberta, on her trusty horse Folly, was the Moorcroft Rodeo Queen, rode two legs of a Pony Express Re-Enactment near Devils Tower in 1959 while pregnant with Kathy and was a competitive barrel racer.

Five kids came along, Kay, Kendall, Kevin, Kathy and Voy, and kept them hopping. Traveling to rodeos most weekends in the summer, Gene could be seen with a couple of kids in the cab of the stock truck and a herd of horses and many saddles in the back with Alberta following in the station wagon with the rest of the kids. And thus, it went, summer after summer.

After Gene and Alberta divorced, even though she had not worked full-time outside the home for many years, she didn’t let that stop her. She pulled herself up by the bootstraps and worked at various jobs until she was hired as secretary by Sharon Kanode, owner of Kanode Realty.

With Sharon’s encouragement, Alberta studied for her real estate license and became a realtor at age 45. She continued studying and obtained her broker’s license at age 50, proud to have passed the exam on the first try.

After running over a bobcat out by the Buttes, Alberta put the bobcat in her big freezer until spring, then had the hide tanned, opened her own realty company, Bobcat Realty, and proudly displayed the pelt on the wall. Over the next 30 years she sold nearly every home and lot in Moorcroft at least once before she turned in her license at age 80. She taught her kids a lot about never giving up.

Alberta was in the same house for approximately 65 years until July 25, 2019. That particular day, like so many others, she was out in her yard pulling weeds. She tripped on a board and broke her little finger, which necessitated a stay in the Crook County Nursing Home. On October 18 she became ill, was transported to the Spearfish hospital and passed on October 20, 2019.

Alberta was a long-time member of the First Presbyterian Church in Moorcroft, WY. She was not perfect, but was a believer.

She was also a member of Beta Sigma Phi and the Wyoming Real Estate Commission. In her later years she loved to watch and feed her birds, care for her plants and spend time with family.

Alberta was preceded in death by her parents, seven siblings and ex-husband, Gene Cox. 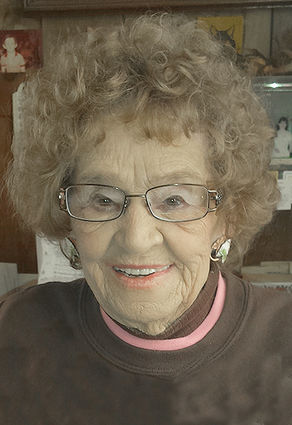 Her children would like to thank Sharon’s Home Health for watching over Mom all these years, the Crook County Memorial Nursing Home employees for their loving care, Susan Millard at the Moose Lodge for going above and beyond doing Mom’s hair weekly and the staff at the Spearfish Regional Hospital who made her last days so comfortable.

A memorial service will be held Saturday, November 16, 2019, 11 a.m., at the First Presbyterian Church in Moorcroft with Reverend Monte Reichenberg presiding. A meal will be provided at the church following the service.

Donations may be designated for the Moorcroft Senior Center where Mom enjoyed dinner once a month with her friends. Condolences may be sent to PO Box 325, Moorcroft, WY 82721.