Chipper was born on Houston Creek west of Sundance on December 5, 1922, to E.B. and Berenice (Belshe) Chatfield. He grew up on the Chatfield Ranch and lived his entire life there.

He graduated from Sundance High School (Old Stoney) in 1940, where he played football for the Bulldogs and belonged to FFA.

Chipper married Margery Graham in Hardin, Montana, on August 16, 1943. He and Margery had three children: Eva, Eddie, and Nancy.

Chipper and Margie spent their lives, 66 years, working the ranch raising Hereford cattle and Ramboulet sheep. Chipper loved his horses and later in life had a small team, Ole and Lars, which he purchased from the Amish in Minnesota. He loved taking them to parades, pumpkin festivals, weddings and any place people wanted a ride in his wagon.

Chipper was a member of Sundance Masonic Lodge #9, Scottish Rite, and Inyan Kara and Kalif Shrine. He served on the ASCS Board for many years. He was also an active Farm Bureau member, 4-H leader and school board member. On September 25, 2016, he was inducted into the Wyoming Cowboy Hall of Fame and was very proud of the belt buckle he received from his family. 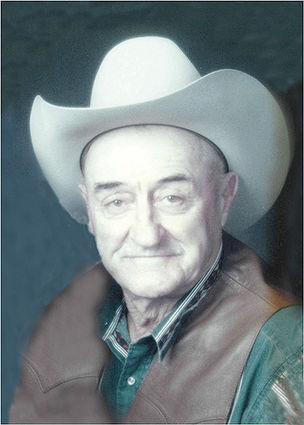 Chipper was preceded in death by his parents; his wife, Margery; his sister, Elvera Morris; his brother, Edward (Fritz); granddaughter, Lisa Gibbs; and great-granddaughter, Jaidyn Gibbs.

Memorial services will be held in Sundance, Wyoming at the Crook County SD#1 Central Office Gym on Friday, November 1, at 10:30 a.m., with burial to follow at Mt. Moriah Cemetery. Lunch will be served immediately after at the Central Office Gym. A memorial has been established to the Sundance Church of Christ Building Fund.