Heavy rains and flooding as two twisters touch down near Hulett 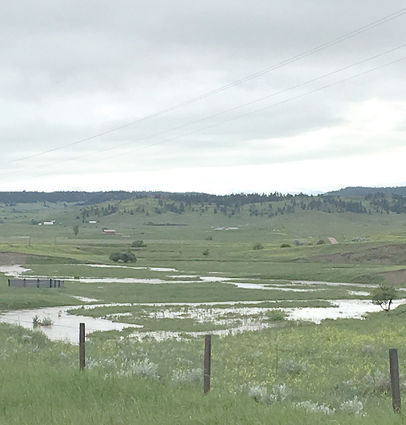 Two simultaneous tornadoes made landfall in the Goldie Divide and New Haven area last week, before splitting to travel in different directions. Both appear to have remained on the ground until reaching Hwy 112, where tree damage temporarily blocked the road.

Overall damage from the tornadoes is reported to have been limited to trees and two grain silos. No injuries were reported and no damage was found to infrastructure or homes.

According to the National Weather Service, the two tornadoes developed northwest of Hulett at around 8 p.m. on June 25. They dissipated four mile...