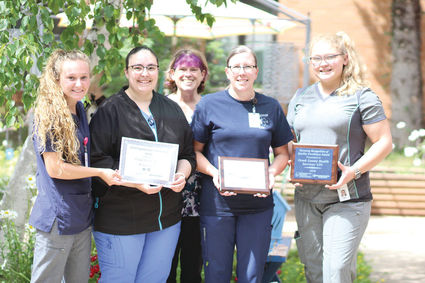 The Crook County Long Term Care Facility (LTC) will be adding four more awards to its trophy cabinet this month, each recognizing the high standards that the nursing home has achieved. The first is a five star quality award from the state, which echoes the high score that the unit received last year.

"It's a complicated way that they calculate all the back-end quality measures into a final score," says Jamason Schmidt, LTC Manager.

"We have – and have had for a while now – one of the highest scores in Wyoming. They were recognizing us again for that achievement."

The second award is th...