Delbert "Sonny" Lloyd Harbaugh, Jr., was born May 23, 1932, in Rapid City, South Dakota, in a house that later washed away in the flood of 1972. He lived on Haines Avenue until age 11 when his father landed a job at the Black Hills Ordnance Depot in Igloo, South Dakota.

He graduated from Provo High School in 1950. He attended Black Hills Teaching College (now Black Hills State University) where he met the love of his life.

During the Korean conflict, he enlisted in the US Army in 1953. The ceasefire agreement was reached during boot camp. He was trained as a radio operator and artillery radio mechanic and awarded the National Defense Service Medal/Army of Occupation Medal (Germany).

Upon returning to civilian life, he married Barb May 11, 1955, then completed his BS Degree in math and industrial arts education in 1957.

He became the high school math teacher in Ft. Pierre, South Dakota, (1957-1959) then later worked in Edgemont (1959-1962). With their newly adopted daughter, Sharen, and baby, Steve, on the way, the couple moved to Boston, Massachusetts, where he pursued a MA in Math at Boston College.

They returned to South Dakota when he accepted a high school math teaching job in Spearfish, South Dakota, (1963-1969). They welcomed their third child, Staci, in 1967. The family moved to Sundance, Wyoming, in 1969 where Del served as a school administrator for 20 years.

After retiring from education, he and his son built the couple's dream home near Nemo, South Dakota. He also returned to teaching for two years at the BH job corp.

Del was kind, witty, patient and optimistic. He had many hobbies and interests, most notably collecting and restoring classic Chevy automobiles. He participated in car club activities, tours and car shows all over the country, earning several awards.

He was an avid collector and repairman of clocks. He enjoyed traveling, trips to Deadwood and singing in a local chorus.

He was always game for a round of cribbage and sometimes, he would let you win. He loved to be outdoors to fish, boat, sail, camp, ice-skate, golf, hike, garden, cut firewood, snowmobile or hunt.

Del, 87, Rapid City, died June 21, 2019, due to a pulmonary embolus while recovering from a femur fracture. 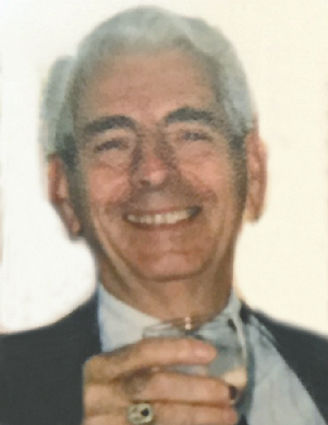 Del esteemed his family, his country and friends. There was no situation that could suppress his optimism or take away his smile for long. His example of a life well lived will continue in those who knew and loved him.