After 13 years helping customers with their mail at Sundance Post Office, Heather Miller took the reins last weekend as the official new postmaster for the branch. It's a role she has been preparing and hoping for for the last several years – and, if the reaction of the community is anything to go by, it's a position many people wanted her to see her in.

"The day I found out, we told a couple of people," she says. Customers had been checking regularly whether Miller had won the position so, as it tends to do in a small town, the news spread like wildfire and it wasn't long before the congratulations began to roll in.

"Everybody knew, I got two bouquets of flowers that day – it was just crazy," she laughs. "It was good though, I was happy."

Miller herself took a little longer to accept the happy news. "It took us probably a week to get it into our heads, we couldn't believe it," she smiles. 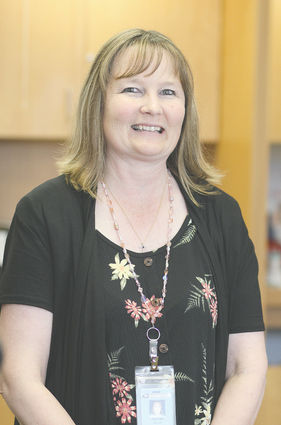 It's unusual, she says, to become postmaster in the office where your career began, rather than being transferred to an open position elsewhere. Born and bred in Osage, Miller says she is thrilled to be staying in the northeast of Wyoming.

"It's been a long time. I started out as a clerk and I've had three different postmasters, so I've learned some from each of them," she says.

"We have a good crew here and the community has been great."

Miller often filled in as temporary postmaster when her predecessors were away, so she expects to slip into the role without too much trouble. She will also be attending training for a week in Denver during July.

"I just want to thank the community for being so supportive," she says. "People have just been great and I'm grateful for that."