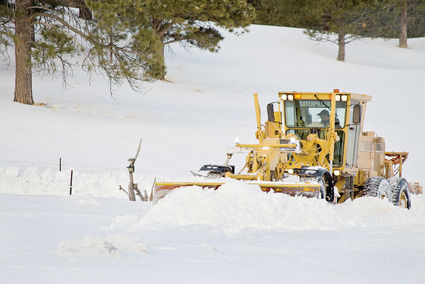 A Timberline Services grader makes its way up the road in the Sundance West area on Thursday.

A storm believed to have had the largest span in at least a decade rolled through Crook County on Wednesday, disrupting ordinary business and sending residents scurrying for home until the snow gave way to high winds and blowing drifts on Thursday morning.

According to the Wyoming News Exchange (WNE), the blizzard stretched all the way from Denver to the Dakotas and was thought to be the largest in almost 40 years.

"I've been told that we have not seen a storm of this nature since the Thanksgiving blizzard of 1979 and the 2003 storm," Governor Mark Gordon told the WNE. "Reportedly, it has t...