Bibs, smiles and a big heart was Larry Lee Fowlkes, 65, of Mona, Wyoming. He passed away in the comfort of his own home on November 18, 2022.

Larry was born on October 19, 1957, in Casper, Wyoming, to Robert Lee Fowlkes and Wilfreda Bunny-Fowlkes-Livingston. Larry was the oldest of three children. Larry spent his entire life growing up and working on his family ranch.

Larry spent many years moving around to different places such as Hauber Mine and Belle Fourche but he always made it back home to the ranch with his grandparents Mary and Wilfred Bunney. Larry attended both Hulett School and Belle Fourche High School, where he would graduate in 1976. Throughout high school he was actively involved in 4-H, band, wrestling and football.

Larry was married to Carol Wiessner and from this union Cameron Fowlkes was born. Shortly after they divorced, Larry would then move back to the family ranch where he met his loving wife of 43 years, Terry, through a group of hunters.

They would then go on to be married in 1979 where Sean would become a Fowlkes and they would have their daughters Amber (1980) and Monica (1996). His family meant everything to him.

Larry enjoyed fishing, hunting, riding horses and ranching throughout his lifetime. His favorite vegetable was ketchup. If you couldn't find him, you could look in the garage, out on the ranch, or helping neighbors and he'd be there with his big glass of iced tea or Dr. Pepper.

Larry was no stranger to anyone he came upon! He had the biggest heart and a gentle smile that everyone knew him for.

Larry spent 25 years as a bus driver, where the students and those around the community began to love and adore him. He enjoyed making memories while driving the kids through different towns on these trips.

Larry loved the simple things in life and always managed to keep a smile on his face, no matter how mad the cows had made him. He lived every day to the fullest and left behind a legacy.

He was preceded in death by his mother, father, paternal and maternal grandparents. 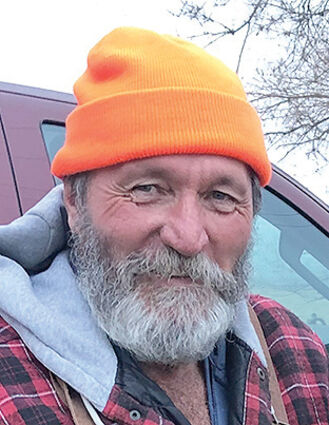 The man, the myth and the legend of Larry Fowlkes would like to welcome you all to a celebration of life, which will be held in the big barn on the family ranch on May 27, 2023, time to be announced later.

There has been a scholarship established in Larry's name for the Devils Tower FFA.