Michael "Mike" Dean Cranston, 70, of Moorcroft, Wyoming, passed away on October 15, 2022, in his home after a recent diagnosis and furious battle with cancer.

Mike was born in Newcastle, Wyoming, to Earl "Gene" and Wyoma Cranston on June 18, 1952. He was the fourth of eight children.

He grew up working on the family ranch near Upton and attended Upton High School, graduating in 1970. He later attended the University of Wyoming. He married Julie Hauck in 1981 and they had two children, Michael Nels and Christina Ann.

Mike met the love of his life Mecint in the Philippines, and they were married in October of 1997. At the time of his passing they were only days away from celebrating their 25th wedding anniversary.

For most of his life he worked for the government at the USDA-Natural Resources Conservation Service (NRCS) as a Soil Conservation Technician in Gillette, retiring in 2008 after 34 years of service.

Mike spent his retirement constantly developing his homestead and working on the family ranch with his brothers. He enjoyed vacationing, going on road trips and shopping trips with his wife Mecint, they collected many souvenirs of their adventures together.

Mike looked forward to hosting friends and family celebrations, and welcomed visits from his children and grandchildren. He will be remembered for the support he showed his loved ones, his love of the outdoors, hunting, gardening and engineering projects.

Mike was preceded in death by his parents Gene and Wyoma Cranston, and his sister Kay Havner. 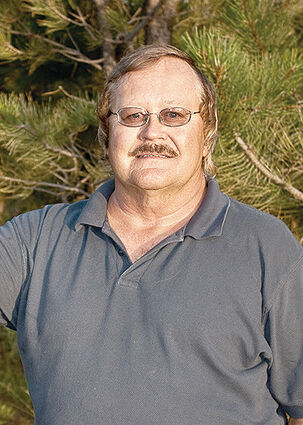 Services will be at Pine Ridge Community Church near Carlile, Wyoming, on Saturday October 22 at 3 p.m. with Father Bryce Lungren officiating. His ashes will be spread in a ceremony on the family ranch in the Spring following a service at the Moorcroft Cemetery.