Willa Rose Beck was born on April 8, 1924 to Norma and Albert C. "Trusty" Moore on their ranch on the Little Missouri River near New Haven in northeastern Wyoming. She was the youngest of three children with her brother, Norman C. "Sonny" and sister, Betty.

They helped with ranch work and attended a one-room country school, riding two miles to school on horseback. Willa's recollections of life there were colorful and fascinating, belonging to a bygone era.

Later she attended high school in Moorcroft, Wyoming, where she boarded with relatives during the school year. After graduation, she enrolled in Black Hills Teachers College (now Black Hills State University) in Spearfish, South Dakota. Willa always spoke fondly of her time there.

With the onset of WW II, she became employed at Rapid City Army Air Base (now Ellsworth Air Force Base). There she met Lt. William R. Beck of San Jose, California.

They married in November 1943. In December 1944, Willa bore her first child, William.

At the end of the war, they moved to San Jose. In 1951 her second child, Colleen was born.

Shortly thereafter, because of the Korean War, her husband was re-activated, promoted to major and the family moved to Elmendorf Air Force Base near Anchorage, Alaska. In 1953, they returned to civilian life in San Jose and transferred to Sacramento, California in 1955.

At the end of the 1950s Willa taught at St. Ignatius School and in the 1960s at Presentation School, where she particularly enjoyed teaching small children. During this time, she was also an outstanding bridge player.

In 1971, Willa and her husband returned to San Jose. Following their divorce in 1973 she relocated to Merced, California where she was a real estate agent.

Later she moved to Portales, New Mexico to be near and help her daughter's family and relocated with them to a picturesque location north of Santa Fe next to the Rio Grande River. In 1986 they left for Manteca, California where she bought a house and continued collecting cats.

There she met Elmer "Arnie" Arnold. They married in 1992 and resettled first in Tucson then in Prescott, Arizona.

They had a house with an amazing view built to her specifications at Mint Creek Ranch. Here she again displayed her impressive talent for interior decorating. She actively supported Arnie's activities on behalf of NARFE (National Active and Retired Federal Employees Association).

Willa was often visited by her daughter's family residing in Las Vegas, Nevada, and yearly by her son's family living in Hamburg, Germany. Following her husband's death on their twenty-fifth wedding anniversary in 2017, Willa moved to Las Vegas where she passed away peacefully in the presence of her family on the September 29, 2022 at the age of 98. She was greatly loved and will be deeply missed. 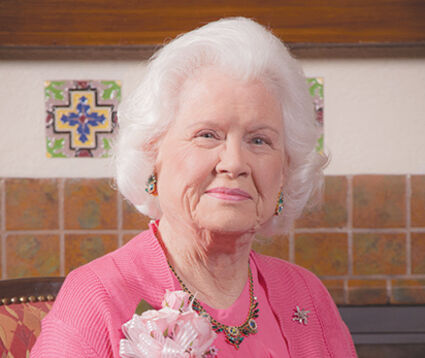