Joseph Brutus Graham, 98 of Moorcroft, Wyoming was born July 24, 1924, to George and Iola (Sloan) Graham in Custer, Montana. Joe was the middle child of seven and was the last to meet his Lord and Savior on September 23, 2022.

Joe married Eunice (Prell) Graham on February 23, 1944, in Broadus, Montana. They lived together on the ranch for 71 years, and Joe was still living in their house when he passed away.

Joe served his country and his community in many ways. He was a World War II veteran. He was on many county boards, including the Crook County School Board, FHA, and the election board.

Joe was the director of the Hulett National Bank (which he helped to start) and served as a Crook County commissioner. He has been recognized as an Honorary Chapter FFA Farmer, Century Club Member of Farm Bureau, and awarded for his accomplishments in soil conservation.

Joe was a Shriner, a Mason, and an Eastern Star Member with his wife. Joe and Eunice were honored as the Crook County Fair parade marshals in 2005. And in 2019, Joe was inducted into the Wyoming Cowboy Hall of Fame.

If you were to ask Joe of his greatest accomplishments, he would say with tears in his eyes, serving his country and raising his family. He was an honest, faithful, forgiving, hard-working man who believed that the strength of a handshake is deal-binding.

Joe took pride in the land. He always said, "If you take care of the land, the land will take care of you." He demonstrated that in his 82 years on the ranch.

Joe is preceded in death by his loving wife, Eunice; his parents; and his siblings, Mabel Foltz, Lester Graham, Margery Chatfield, Lee Graham, Buck Graham and Betty Richards; the parents of his daughters-in-law, Don and Marj Thompson; and grandson-in-law, Joe Fitzgerald.

Visitation will take place from 9:30-10:30 a.m. on Tuesday, October 4, 2022, at the gymnasium at Moorcroft Town Center. Funeral services will begin at 11 a.m. with burial following at the Moorcroft Cemetery. 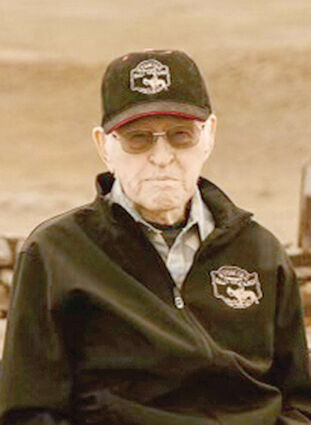