Albert Martin Daane, 85 of Sundance, Wyoming, passed away on September 7, 2022 at his home.

Al was born on September 18, 1936 to Harold and Mary (Taylor) Daane in Sturgis, South Dakota. Al was a master at many trades. He worked for the mines in Lead and Deadwood. He was a master mechanic for JD Evans, Terex, Fuller Construction and others.

He spent countless years working in the cold out in the field maintaining large equipment like graders and earthmovers and other heavy equipment. He could fix anything, anywhere, if had moving parts.

Al was always a teacher and didn't know it. There was always the "Al Factor". It was understood that he never wanted anything, he would give his everything. But, he would never let himself be taken advantage of twice; then, you were out.

His passion was his wife, Rose. They both shared a love for hunting and fishing.

They made trips to Alaska for fishing and throughout Wyoming hunting elk and more. And Rose finally gave up hunting elk at the age of 83, and Al maybe went a few more times with the guys after that. Rose's son never had to worry about her with Al in the picture and he treasured their relationship and the peace of mind it gave him.

Physically, he was a very strong man. He worked hard all his life, and in the most challenging of conditions. But in his later years his softness came through. He loved people, and family, and worked hard to embrace the rough world we all face. 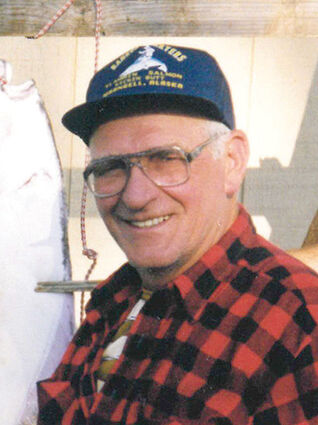 In the end, my summation on Al Daane would be, "gristle gives way to a heart of gold". It took years but he did it. He earned a name as a beloved friend, husband, grandfather where he had the chance to do so.

Al is survived by his daughter, Tammy and her husband, Ron Burtz and their three children Matthew, Taylor and Ashley; brother, Boyd "Pug"; step-son, Mark and his wife Valarie Taylor and their child Kristen; and several nieces and nephews.

A Celebration and Remembrance of Life will be celebrated at 3 p.m. on Thursday, September 15, 2022 at Uncle Louie's Diner in Sundance.