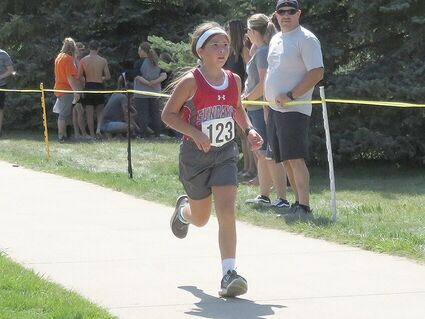 Eva Stark keeps her eys on the finish.

The Bulldog Cross Country team found success in its second meet of the season, the Northern Hills Invite in Spearfish, SD Fri., Sept. 2.