Kayla Rae Bucher was born November 28, 1950 in Belle Fourche, South Dakota. She was the daughter of Merle Dean and Lois (Borchgrevink) Bucher.

Kayla grew up in Belle Fourche, where she graduated from high school with the Class of '69. After high school she attended Northern State University in Aberdeen.

On March 18, 1972, Kayla was united in marriage to Jack Kindsfater at the First Baptist Church in Belle Fourche. To this union three children were born: Camille, Eric and Amy.

Following their marriage, Jack and Kayla lived in the Belle Fourche area, where Jack farmed with his family for many years. During these years, Kayla developed a very close relationship with her mother-in-law, Evelyn Kindsfater.

Kayla, not having any experience with farm life, was mentored and nurtured by her. Evelyn taught her the wonderful life of a farm wife.

It included everything from cooking meals to canning, gardening and more. Through it all, Kayla became Evelyn's "little girl" and those years were great.

In the spring of 1998, Jack and Kayla took a trip of their lives and spent that summer traveling to the west coast and up into Alaska. That fall, they moved to Eugene, Oregon, where they helped their daughter start up a flower business in 2003.

In 2015, they moved to Aladdin to help care for Kayla's mother, and they have lived there since.

Kayla and Jack celebrated their 50th wedding anniversary this past spring. She was a loving wife and mother.

Kayla has always loved kids and she especially loved all her grandchildren and great grandchildren. Kayla will be remembered for her great smile and how hard she worked when she had a job to do. It was always done perfectly.

Kayla will be missed very much by her husband and family. She was special. 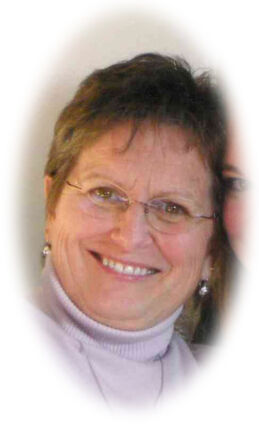 She was preceded in death by her father, Dean; and brother, Wesley.