Virginia Mae (Heiden) Solomon of Lincoln, Nebraska, died of complications related to COVID-19 on July 4, 2022. She was 93 years old.

Virginia was born on February 13, 1929, to Victor and Violet (Cataldo) Heiden in York, Nebraska.

Virginia graduated from Sundance High School in Sundance, Wyoming, in 1947 and married her husband Bernard V. Solomon in 1948. Virginia was a devoted mother to her daughters Maxine (Solomon) Rucker and Linda (Solomon) Jensen.

She loved spending time with family and friends and was the life of the party at any social gatherings she attended. She especially loved travel, playing cards and was on a bowling league and card club for many years, and active in York Lions Club.

As her children grew up, she worked at Trofholz Bakery in York, Nebraska, until it was sold and then worked at Grand Central Grocery Store bakery in York until retirement. Her faith in God was strong and she was an active member of Emmanuel Lutheran Church in York until she moved to Lincoln due to declining health. In her later years, she loved to write letters and chat with visitors. 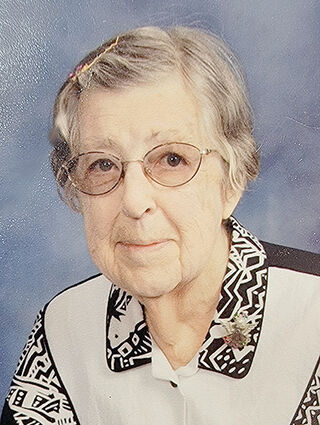 She was preceded in death by her parents; her husband, Bernard Solomon and daughter, Maxine (Solomon) Rucker.

Memorials may be directed to Emmanuel Lutheran Church or York Lions Club. Condolences may be left for the family at http://www.metzmortuary.com. Metz Mortuary in York is handling the arrangements.