Louise was born September 15, 1924, in Sundance, Wyoming, to Frank and Bessie (Arnold) Mitts, the first of ten children. Louise grew up and attended school in Sundance.

She married Joseph Beal in 1944 and they made their home on the Beal ranch southwest of Sundance until his death in 1957. Louise then moved to Sheridan, where she attended and graduated from cosmetology school.

After graduating, she moved to Gillette, worked as a beautician and met Buster Griffin. They were married September 6, 1959 and had one child, Deborah, in 1961.

They returned to Sundance in 1963 to the ranch where Buster farmed and Louise continued her beautician work. After selling the ranch in 1979, they returned to Sheridan, where Louise owned an alteration and sewing shop.

In 1993, she returned to Sundance and did alterations until joining the staff at the Sundance Senior Center until her retirement. Louise then moved into Sundance Assisted Care in 2019-2021 and 2022 Sister James Care Center in Yankton, SD to be closer to her daughter.

Louise enjoyed sewing, crocheting, playing cards, reading, traveling and spending time with her family and friends. She has crocheted many beautiful afghans for her family, grandchildren and great-grandchildren. 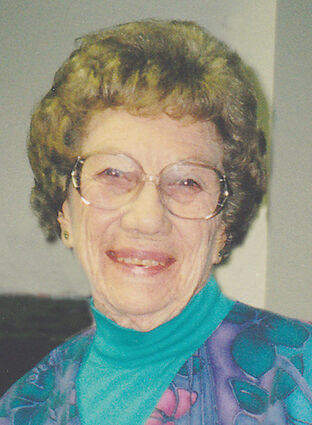 Memorial services will be held on July 23, 2022, at 1 p.m. at the Sundance Methodist Church with inurnment to follow at Green Mountain Cemetery. Refreshments will be provided following the service.

The family would request those attending wear purple as that was Louise's favorite color.

Arrangements are pending with Fidler-Roberts & Isburg Funeral Chapel of Sundance. Online condolences may be written at http://www.fidler-isburgfuneralchapels.com