Brian Alan Dirks took the road to heaven May 19, 2022 at 6:30 p.m. He died peacefully, with his wife at his side, under the kind and compassionate care given in the ICU at Sanford Hospital.

He asked for and was blessed to be able to see and talk to his kids one last time before closing his eyes on his journey.

How do you sum up a life? You really can't in a few paragraphs. We'll do our best and hope that all who knew Brian can remember and add their own parts to his story.

Brian was born September 21, 1964 to Barney and Lorraine Dirks. He joined a brother, Craig and a sister, Carmen.

He spent his younger years in West Fargo, until moving to "the lakes" after ninth grade, attending and graduating from Pelican Rapids High School in 1982.

During and for a while after high school, Brian worked for the Pelican Supper Club. It was there he learned to cook and was an excellent cook his entire life.

He really liked to cook the fancy stuff, like steaks, shrimp or lobster. But he could cook a mean burger, fry up a pork chop or feed you a fine breakfast as well!

Brian's next job was working for Keith Wagner, buying cows. He had many stories to tell of life on the road in the early '80s buying cows!

After turning 21, Brian started bartending for his dad at the M&J Brand Saloon and Steakhouse in West Fargo. Working with his dad, he went from bartender to manager.

They were working on a plan for Barney to "retire" when Barney died unexpectedly, and overnight Brian became the owner. He was 25 years old. While many people didn't think he'd last two years, he successfully owned and operated the M&J Saloon for over 30 years – I guess he proved them wrong!

Brian met Deanna (Dee) Meier when she got a weekend job waitressing at the M&J. He wasn't sure hiring this "school teacher" was a good idea.

But, as it turned out, they would become friends, then fall in love, get married, have kids and hang out for over 35 years. While the road wasn't always smooth, no one's is, and they kept coming home to each other and would have celebrated their 35th wedding anniversary this June.

Brian and Dee were blessed with three children – Amanda, Jakob (Jake) and Benjamin (Ben). The kids kept their life busy for many years – and still do with Wyatt and McKenzie, the grandkids that have been added to the mix.

Those two had their "Gramps" wrapped around their finger and put a new light into his eyes. To him, family was everything. When Brian said, "I love you," he meant it with his whole heart.

Brian loved Wyoming. First his grandparents, then his Uncle Booie, had a ranch near Hulett. On the ranch was a bunk house that was eventually known as "Brian's bunkhouse" because he went out and stayed there so much! What great times those were!

Between family get togethers, branding, moving cows, and hunting there was always something to do – and most often a story to tell when it was done.

Brian had a big heart – which he could hide under a gruff exterior. He was always pushing people to better themselves.

He helped many who were in tough spots or just less fortunate for one reason or another. But unless you knew him well, or were on the receiving end, you may never know it as most of the good things he did he kept to himself.

Brian is survived by his wife, Dee of almost 35 years (one month shy); daughter, Amanda (Nick Sykes); son, Ben; sister, Carmen (John Kunert); grandkids, Wyatt and McKenzie Sykes; a bunch of cousins, too many nieces and nephews and their spouses, great nieces and nephews to name, and his "M&J family."

The world lost a good one, but he was more than ready to join his son Jake, his parents, brother and a ton of good friends and family he has lost over the years.

It was a great life Brian, no regrets, and rest easy. 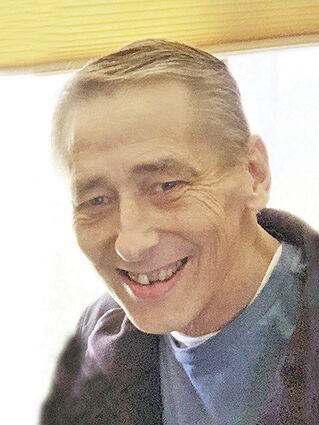 Service will be Friday, May 27, 2022, at 11 a.m. in Lutheran Church of the Cross, West Fargo, North Dakota, with visitation one hour prior to the service. Brian will be buried Thanksgiving weekend in Alva, Wyoming, alongside his son, Jake.