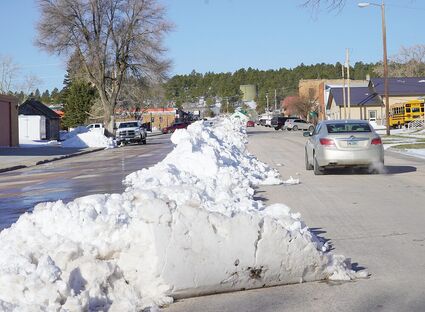 Though the snow melted almost as quickly as it fell, the evidence of this weekend's blizzard was still present on the city streets by Monday.

What began as a thunderstorm on Friday evening ended in the most significant blizzard so far this season, bringing travel to a standstill, canceling events and cutting power in some places across the area.

It turned out to be a much more severe blizzard than many had been expecting. According to the National Weather Service, a low pressure system approached the plains on Friday, pushing warm, moist air ahead of it.

This caused thunderstorms to develop on Friday evening, which became severe in some places – mostly in South Dakota – and brought large hail and strong winds. Some places rec...