Gary George Goodvin, 70 passed away February 18, 2022, at his home in the Philippines surrounded by loved ones.

Gary was born June 28, 1951, in Chamberlain, South Dakota, to Burton "Bud" and Twila Abernathy Goodvin. Gary spent his younger years in Chamberlain, Gann Valley, South Dakota, where he lived with his grandmother Mildred Abernathy for a time, New Mexico, Upton, Wyoming and later Devils Tower, Wyoming, where he helped his parents at the Devil's Gulch store and Café near Devils Tower.

He also drove a water truck for his father, hauling water to drilling rigs in the oil fields in Wyoming.

In 1968, Gary decided to head for California, where he worked as a cook in a restaurant while staying with his family and friends. Later after returning to Wyoming, Gary married Ione Spangler in 1973 and they lived at Devils Gulch running the café then later outside Hulett, Wyoming, on Moore Hill and in Osage, Wyoming.

In 1984, Gary married Wylma Ridinger and they moved to the Belle Fourche, South Dakota, area where they decided to start a logging business then later a pawn shop.

In 2003 Gary was married to Cora De Los Reyes and they extended the pawn business to a second location in Spearfish, South Dakota.

After they separated, Gary made the decision to sell his pawn business and home to retire in a warmer climate in the Philippines. In 2019, Gary married Almira Balansag. 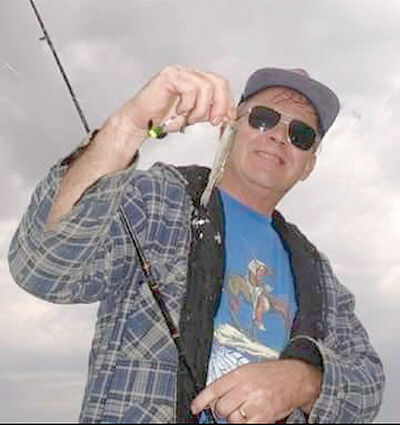 Gary was an avid outdoorsman who enjoyed fishing, hunting, metal detecting, artifact hunting and had a great appreciation for the beauty of nature and spent much time gardening. Gary loved spending time with his children and grandchildren, and they have many great memories of sharing the activities he loved.

He was preceded in death by his parents and an infant sister, Judy Goodvin.