Lawrence A. "Larry" Shell, 80, of Upton, Wyoming, passed away on Tuesday, December 7, 2021, at Weston County Health Services in Newcastle, Wyoming.

A funeral service was held on Monday, December 13, 2021, at the Upton Community Center in Upton. Interment followed in Greenwood Cemetery in Upton.

He was born January 21, 1941 to Albert and Doratha Shell and was the oldest of their seven children. In 1969 he married Susan (Clyde) Shell and together they had three children, Eric, Andi and Devlin.

He worked throughout his lifetime, beginning as a young child delivering newspapers and later working on ranches, driving truck and then spent most of his adulthood working in the oilfield. He was a hard worker and always provided for his family and anyone else in need. He never knew a stranger and always had a smile with a story.

Anyone who knew Larry will remember him for his love and devotion to Susan. As his working life came to an end, he evolved into a compassionate and committed caregiver until the end of Susan's life. He set an unattainable bar for kindness for anyone who knew him.

He was preceded in death by his parents; his brother, Lee Shell and his wife. 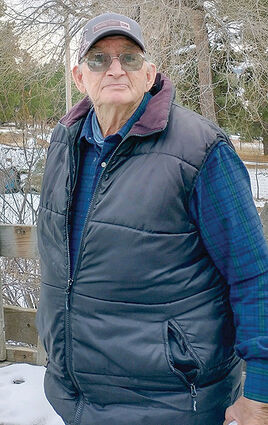 He is survived by his brother, Bob and sisters, Ruby Huckins, Leona Johnson, Dee Dee Phillips and Mary Phillips. He also leaves behind numerous nieces, nephews, extended family members and home health heroes who became family. He will be missed by his children, his daughter-in-law June and his granddaughters Nikole and Gracie.

Condolences can be sent to PO Box 438, Upton, WY 82730. In lieu of flowers, make a donation to your favorite charity in honor of Larry.