Luena Lent, 87, of Spearfish, South Dakota, passed away on Wednesday, December 1, 2021, in Spearfish.

Luena Fern Lent was born in Campbell County, Wyoming, to Frele and Vera (Cook) Lent on July 12, 1934. She attended schools in the area, finishing elementary school in Sundance, Wyoming. She then graduated high school in Potter, Nebraska. Luena then went on to attend Nebraska State College in Chadron, Nebraska, where she received her Teaching degree in 1958. She was also a member of the Delta Kappa Gamma Sorority. She taught her first year as a teacher in Sinclair, Wyoming and ended her teaching career in Hardin, Montana. 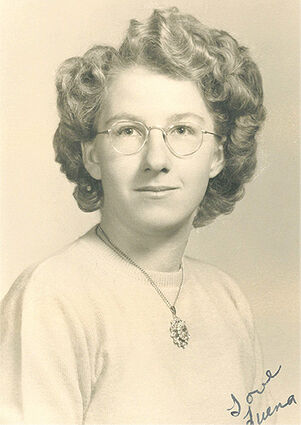 Many summer months were spent with her parents visiting with relatives and friends throughout the country. Luena enjoyed researching past heritage of both her father and mother's families. She was also very active in her church.

After retirement, Luena moved from Hardin to Spearfish where she last resided.

Luena was preceded in death by her parents, Frele and Vera Lent, and a twin sister who passed as an infant. She is survived by many cousins and many friends.

A memorial visitation will be held on Wednesday, December 15, 2021, from 2:30 until 4 p.m., at Fidler-Isburg Funeral Chapel in Spearfish. Inurnment will take place at a later date in Mount Pisgah Cemetery in Gillette, Wyoming.

Arrangements are under the care of Fidler-Isburg Funeral Chapels and Isburg Crematory of Spearfish. Online condolences may be written at http://www.fidler-