John was born in Mt. Pleasant, Utah, on September 19, 1949, to PJ and Darlyne (Story) Cook, the first of six children. John lived in Mt. Pleasant until he was three years old when the family moved to a sheep ranch north of Belle Fourche, South Dakota. John spent his youth and teenage years helping his dad on the family ranch.

After graduating from the gunsmithing program at Trinidad State Junior College, John opened Pioneer Sporting Goods in Belle Fourche in 1976. He was known as the local handgun aficionado.

In 1987, John was honored as one of the top 100 pistolsmiths in America by the American Handgunner Magazine. In October 1989, a fire tragically burnt down Pioneer Sporting Goods, which led to John starting his career as an educator.

The fall of 1991 John began teaching English at Twin Spruce Junior High School in Gillette, Wyoming, until he accepted a principal position at Moorcroft Junior/Senior High School in 1998. In 2003, John was nominated and received the Wyoming Secondary Principal of the Year award.

In spring of 2012, he retired from being an educator. In March, 2014, John became involved in the Pine Haven Town Council, which led to him being appointed Mayor of Pine Haven and was elected Mayor in November 2020.

John was a man of varied interests. A constant interest and hobby throughout his whole life was his love of guns, which included shooting and gunsmithing.

John strongly believed in the Second Amendment in that all Americans have the right to bear arms but also have the responsibility to know how to safely use their weapon. Due to this, John organized a training shoot held in Hulett for 30+ years, which was attended by people from all over the US and Canada.

John and Karen loved to travel, going across the continental US, Alaska and beyond. John had a great love of family and enjoyed spending time with them. He also loved spending time outdoors hunting, camping and four-wheeling.

John met Karen Marie Brickman in the summer of 1967 and were married on July 5, 1969. They lived in Spearfish, South Dakota, while both attending Black Hills State University.

John and Karen were sealed for time and all eternity in the Church of Jesus Christ of Latter-Day Saints Salt Lake Temple in December 1970. Of this union five children were born, Cristen, Tell, Anna, Jane and Ashley. 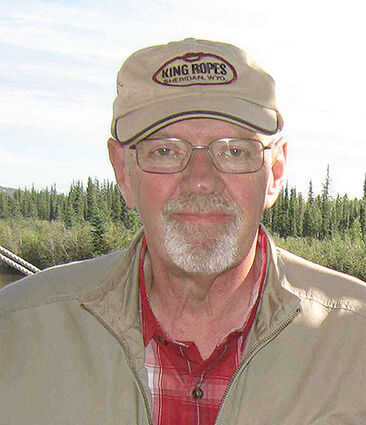 He will be missed by many.

John is preceded in death by his parents, PJ and Darlyne Cook; his brothers, Carl and Douglas Cook; and nephew, PJ Cook.

We are celebrating John's life on December 4, 2021, from 2-4 p.m. at the Pine Haven Community Center, 3 Meadows Lane (take a left at Town Hall onto Waters Dr), Pine Haven.