Our dear Lord took one of his children home on November 9, 2021; Carson Rose passed away peacefully in his sleep after a three year stay at Crook County Long Term Care.

Carson was born on April 22, 1934, in the hills of Virginia. As a youngster he moved with his family from Virginia to Kingsport, Tennessee, in 1943. At 19 years old he visited his brother in Upton, Wyoming, where he fell in love with the country and decided to move there. He then got a job at Pringle's Motors working on all the cars that he loved. After several years, he made the decision to branch out on his own and started Carson Rose Auto. Another one of his great loves was to build motorhomes from scratch to go camping in. He then took his talent a step farther, he started to recycle old cars bodies on new car chassis to build a drivable car with an old look. Through the years he also built eleven new car haulers with the old-style truck bodies that he loved. He never worked a day in his life, because he loved what he did. There must have been divine intervention when his parents decided to name him Carson, no one could have picked a better one!

Meeting him in heaven will be his parents, Ellen and Barney; his brothers, Henry, Elmer, Jay and Kenneth; his sisters, Norma and Nell; his son, Paul; wife, Eleanor and daughters Barbara and Martha.

Funeral services will be held at 11 a.m., Saturday, November 13, 2021, at the Upton Community Center with visitation one hour prior to the service. Burial will take place at Greenwood Cemetery. 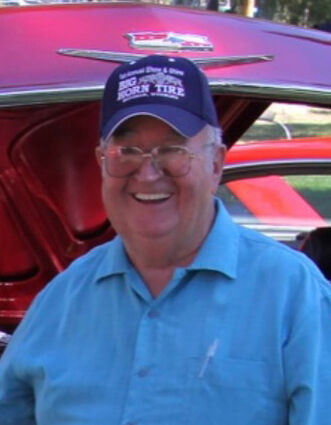