Lois E. Perino, 83 of Spearfish, South Dakota, formerly of the Four Corners, Wyoming, area passed from this life on Wednesday, October 20, 2021, at the Billings Clinic in Billings, Montana, following a brief illness.

A memorial service will be held at 1 p.m. on Friday, November 12, 2021, at Fidler-Isburg Funeral Chapel in Spearfish. Inurnment will be in the Green Mountain Cemetery near Four Corners.

Lois E. (Queen) Perino was born January 4, 1938, to Oliver and Alice (Jones) Queen in the Deadwood Hospital in Deadwood, South Dakota. She grew up with two brothers on a ranch her folks rented in the Bearlodge of Wyoming.

When she was 11, her parents bought the Cameron place, which was close to Farrall, Wyoming, where she went to grade school, then for high school she was home schooled. She helped on the ranch by milking cows, riding on cattle and helping cook for all the deer hunters, as her dad and brothers ran a deer camp with lots of hunters from all over the United States.

On March 15, 1964, she married Albert G. Perino in the Methodist Church in Spearfish.

They moved into a house on the ranch that Albert owned, starting their long life together. She was a housewife and a ranch wife.

She loved the ranch life from riding horses, working cattle, building fences along with Albert to helping in the hay field, raking hay all day long. Also, she loved checking the cattle on the four-wheeler and spraying weeds. Or just going for a ride on the four-wheeler.

Lois was a good cook and loved making homemade bread that everyone loved along with her good cinnamon rolls. Lois made an apple pie that everyone said was the very best apple pie. 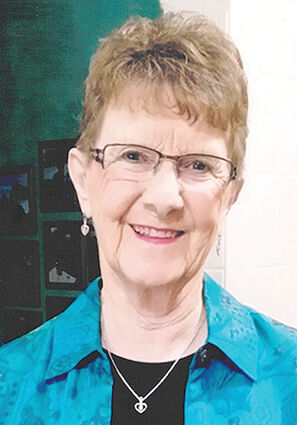 Lois was a beautiful seamstress making all her clothes and western shirts for Albert. Made a beautiful wedding dress and many bridesmaid dresses. Sewed lots for other people.

In March of 2013, after 49 years together, Albert died after years of poor health, and she was alone on the ranch. In 2018, she sold the ranch and moved to Spearfish.

Lois is survived by her sisters-in law, Bonnie Queen and Alice Queen; brother-in-law, Robert Perino; and numerous nieces and nephews. She was preceded in death by her husband, Albert of 49 years; Richard Taylor, her significant other; brothers, Duane Queen and Bob Queen; sister-in-law, Mary Perino; her parents and grandparents.