Doc was born to Lester and Arlene Mauch on March 8, 1947, in Deadwood, South Dakota, the first of four children. He grew up in Sundance and graduated from Sundance High School.

After graduation, Doc attended Casper College before joining the U.S. Army. He traveled to several overseas countries, one of which was South Korea, where he met his first wife, Su.

To their union came two children, Steven Jr. and Angel (Dennis) Johnson. During this time, Doc worked in the coal mines in Gillette. He also received his paramedic certificate and thereby earned his nickname, "Doc". He later married his second wife, Marne and they had one son, Harley.

He was preceded in death by his parents and sister, Kathryn. He is survived by his three children; four grandchildren, Aaron Johnson of Cheyenne, Wyoming, Brittany, Elizabeth and Daxus Mauch of Dell Rapids, South Dakota; sister, Cheryl Bullock and brother, Dennis of Sundance; and nephew, Michael Littke of Sacramento, California.

Doc was a member of the Wind and Fire Motorcycle Club and was extremely proud of his new motorcycle sidecar. He also enjoyed hunting, watching football and baseball and time spent with his grandchildren. 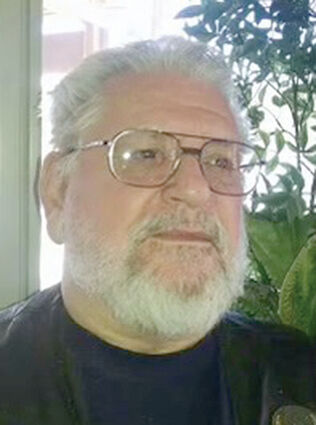 He lived for Thursday evenings at Saloon 333 in Beulah, where he played his bass guitar. He will be remembered by his laugh, love of life and his gift to gab.