Ernie was born on January 11, 1965, in Gering, Nebraska, to Ernest G. Vine and Caroline Castoe. They moved to Sheridan, Wyoming, where they were raised and he developed his love of the mountains.

He graduated with a GED at the age of 16, which he was very proud of. He moved around a bit working with big machinery on construction sites, and he would always point out the roads he helped build. 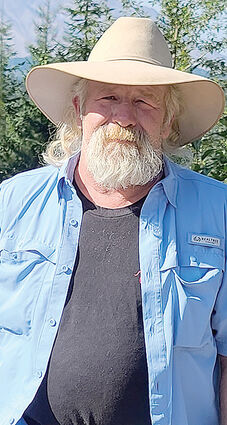 He was an avid outdoorsman, loved hunting, fishing and camping. He was always proud of his garden and loved growing his tomatoes. He was always doing some kind of woodwork or just tinkering around in his garage.

He also had one special "brother," Kenny (Lynn) Weaver and many more who called him dad, uncle or even grandpa hee haw.

He is preceded in death by his father, Ernest G. Vine Sr. Celebration of life was Saturday, October. 23.