Pete Krush, age 79, passed away on Monday, October 18, 2021 in Belle Fourche, South Dakota. After serving in the U.S. Navy, Pete moved to Belle Fourche 57 years ago and the town has never been the same since. Pete began selling western wear at the age of 23 at the Hitchin' Post, a store which would later become Pete's Clothing Western Wear (or just Pete's), a fixture of downtown Belle Fourche.

Pete truly loved his customers and found the perfect career. He was skilled at remembering a customer's name, their hat or boot size and, most of all, making them laugh (often with an inappropriate joke). All of Pete's customers were his friends and he could rarely leave the house without hearing a friendly "Hey Pete" or ten of them. Pete had a sense of humor that brought his customers back to his store, often to just talk to Pete or to have him give them a hard time.

Pete loved retail and all of its activities. He led the annual Halloween parade, championed Crazy Days, served as Santa during Christmas promotions, started a stick-horse race for children, and hopped around as a six-foot Easter Bunny.

Pete's dedication to the area was clear. He coached his kids in a variety of sports, served as a long-time member of the Chamber of Commerce and even received a Lifetime Achievement Award for his efforts. He served on the Black Hills Roundup Committee for over 30 years and was a member of the Belle Fourche Masonic lodge for 20 years. He served as a member of the Center of the Nation Sportsman's Club for decades. The local post of the American Legion was very important to him throughout his adult life and he was proud of his military service.

Visitation will be held on Thursday, October 21 from 5 to 7 p.m. at the Kline Funeral Chapel in Belle Fourche. Funeral services will be held Friday, October 22 at 11 a.m. at the Belle Fourche Recreation Center Auditorium. A luncheon and celebration of Pete's life will follow at noon at the Branding Iron Restaurant in Belle Fourche. Please come and honor his legacy by sharing your favorite Pete stories. We know that you have at least a few of them. Interment will be at 3:30 p.m. at the Black Hills National Cemetery, three miles east of Sturgis, South Dakota. 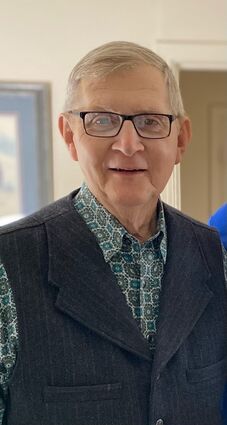