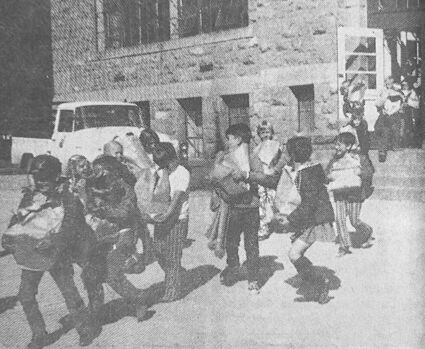 Word has been received in Sheridan that a notorious grey wolf which has been preying on livestock in the Pryor mountains near Lodge Grass, Montana, for the past six years has been captured by U.S. Biological Trapper Walter Standish and his son, Dell Standish. It is estimated that over 150 head of stock have been killed by this lone wolf up to the time of his capture. Other government trappers from different parts of the state have vainly attempted to ensnare the beast but all efforts proved unsuccessful. Recently two saddle horses owned by the hunters were killed...