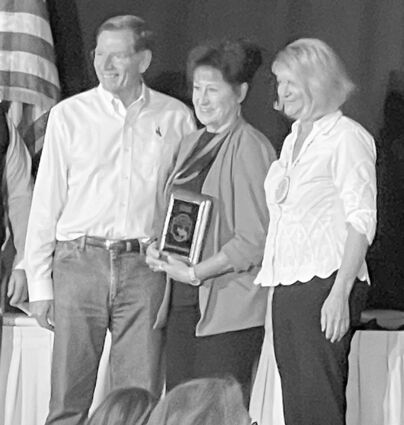 Kenneth Canfield's plaque was accepted by his daughter Linda Moberg.

A handful of Crook County's finest cowboys were inducted into the Wyoming Cowboy Hall of Fame (WCHF) during the Hall's annual celebration last weekend in Cheyenne. Due to the pandemic-related postponement of last year's event, this year's event celebrated honorees from the 2020 and 2021 classes.

On Sunday, Oshoto's Frank Svalina and the late Straitor Clark of Sundance were both honored, as wa...