Kenny Glover went home to the Lord on September 1, 2021, with his wife by his side.

Kenneth Charles Glover was born on a rural homestead south of Sundance, Wyoming. He was delivered by a midwife on December 6, 1937, to Theodore K. Glover and Bonnie Thelma (Etheridge) Glover. He was the oldest of seven children. Ted and Thelma later moved to Moorcroft, Wyoming and Kenny started his grade school there. They moved to Sunny Divide in the later grade school years, while Ted was building the Keyhole Reservoir. Thelma worked at the Krause Store. Kenny used to walk to the school bus with Freddy Tschetter. When Ted and Thelma moved to Sundance, they lived in a home owned by the Kipp family. Ted went to work for the Wyoming Highway Dept. while Thelma was a homemaker.

When Kenny was a freshman in high school, he decided he was smart enough and refused to go back to school for a year. Then he decided he should go back. This is where he met his late wife, Karen Hegge. They were married October 12,1957. He worked at Wyoming Highway Dept. as an Engineer while Karen worked as Assistant County Treasurer and later County Treasurer. Kenny retired from the Highway Department and worked at the City of Sundance at a Maintenance Director. Upon retirement from the City, they went to the Hegge Ranch, where he and Karen assumed management of the ranch. They continued to live on the ranch until Karen passed in January of 2013.

Kenny then married Janice (Knapp) Bush on July 15, 2017. They lived at the ranch and also built a home in Sundance where they lived until Kenny's passing.

Kenny was a fun-loving, easy-going man. He loved horses, cattle and woodworking, and was an avid reader. He made sure that the deer and birds at the ranch were fed and loved to sit on the deck and watch them. Kenny was full of mischief, and a smile that didn't quit. He made time for anyone that wanted to stop and talk. He was always game to set up a friend for a prank, he was a pro at being a prankster, yet there wasn't a person in the world that he wouldn't help.

Kenny is preceded in death by his parents, Ted and Thelma Glover; three siblings who passed away in a house fire, Ronald, Jannice and Keith; his sister, Charlotte Holyoak Sharp in 2010; his wife, Karen in 2013 and nephew, Bobby Hegge in 2004. 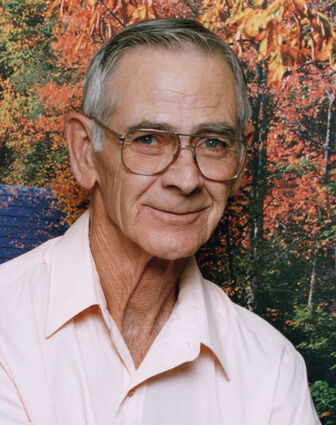