Jon Stanley “Fiskr” Larsen died at home on July 22, 2021, after a long battle with esophageal cancer.

Jon was born June 18, 1954, in Deadwood, South Dakota, to Stan and Joan (Hammond) Larsen. As a child, he lived in Rapid City, Spearfish and Denver, Colorado. After his father’s death when he was 12, his family moved back to Spearfish.

At 18, Jon joined the Marines because “it was easier than stacking hay with his cousins near Camp Crook”. He served in the Marines from 1972-1980 where he was a heavy equipment mechanic and discovered computers.

During his time in the marines, he served two stints at Camp Lejeune in North Carolina, Okinawa, the Mediterranean Sea and was a recruiter in Oklahoma City and surrounding areas. It was there he met Pat Pope and soon thereafter became a family with daughter Vanessa.

After leaving the Marines, Jon did a wide variety of jobs. He served two years with the Saudi Army testing all kinds of heavy equipment in the Sahara. He came back to the Black Hills and surveyed much of the Sundance, Wyoming area.

He even helped build a ski resort on Sundance Mountain in the 1980s and, as he often said, was “still waiting to get paid for that one”. Soon, thereafter, the family settled back in Spearfish, and he began his computer shop “Jon’s Computer Works”. He continued with the business for over 30 years.

After an amicable divorce from Pat, Jon rediscovered his love of motorcycles and he would go on many adventures on his Honda Valkyrie, including to Wisconsin, Up State New York, and Oklahoma City. His other favorite hobby was with the Society for Creative Anachronism where he immersed himself in medieval re-creation (different from re-enactment) and became proficient at fencing.

He met his soul mate, Lisa Branaum Williams, in 2012. Together they embraced photography and turned a hobby into a semi-professional endeavor.

His passion was sunrises and storm chasing. You can see his artwork at Pinnacle Bank in Newcastle, Wyoming, the High Plains Western Heritage Center, various businesses in Spearfish, Belle Fourche, Sturgis and Rapid City and various magazines and phone book covers. Together Jon and Lisa enjoyed traveling, hiking, photography, but most of all each other. 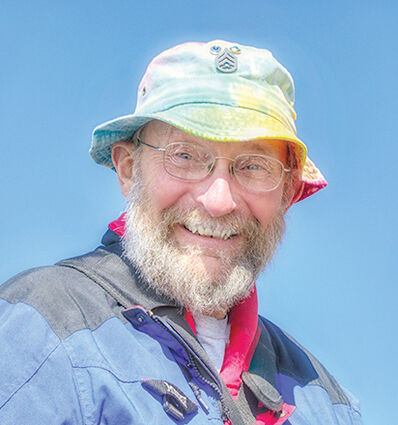 In 2018, Jon was diagnosed with esophageal cancer, as a result of being stationed at Camp Lejeune. He battled long and hard, often beating the odds.

He made the most out of every day and faced the entire journey with humor and wisdom. He documented his journey and developed quite a following for his “JonBlogs”, but especially with his photography.

Per his wishes he will be interred at Black Hills National Cemetery, there will be no public service.