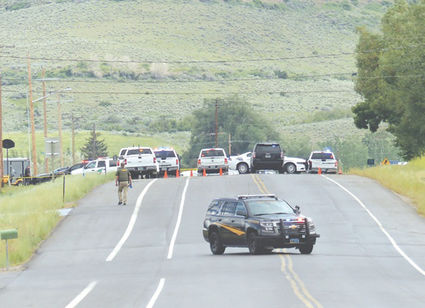 RIVERTON — An exchange of gunfire Friday afternoon during a traffic stop left the driver of the stopped vehicle mortally shot and a Highway Patrol trooper wounded.

The injured trooper was released from the hospital on Saturday and is expected to make a full recovery.

At around 3:26 p.m. Friday near the intersection of Sinks Canyon Road and Goodrich Drive near Lander, the trooper conducted a traffic stop, according to statement from the agency.

“Moments into the stop, the trooper and suspect exchanged gunfire,” the statement reads.

“The trooper was injured, and the suspect is decease...