Larry J. Potter, age 85 of Belle Fourche, South Dakota, died Wednesday, June 9, 2021, at the Monument Health Rapid City Hospital, with his loving family by his side.

The funeral service will be held 10:30 a.m. on Thursday, June 17, 2021, at the United Methodist Church in Belle Fourche. Visitation will be held 5 to 7 p.m. on Wednesday at Leverington Funeral Home of the Northern Hills in Belle Fourche. Interment will take place at Black Hills National Cemetery, with military honors.

The funeral service will be live-streamed on Larry’s obituary page on the funeral home’s website: http://www.LeveringtonFH.com. Friends may go there a view a video tribute and leave written condolences.

Larry Jo Potter was born February 13, 1936, in West Union, Iowa. He was the son of Voyle and Elsie (Robertson) Potter. Following his high school graduation in West Union, Larry attended Upper Iowa University and the University of Minnesota, receiving a masters degree in hospital administration and a minor in music.

On July 20, 1958, he was united in marriage to Barbara Gilbert in West Union. To this union, three children were born: Colin, Jacqueline and Kirsten.

During part of this time, he was stationed at El Paso, Texas. Following his service in the Army, the family moved to Lake City, Minnesota, where Larry worked as a lab technician.

Following, he worked as a consultant for many nursing homes in several places, including Sundance, Huron, Dickinson and also in Florida. During his stay in Florida, Larry also worked as a security guard at Disneyworld.

Larry was a member of the United Methodist Church where he served as organist and choir director for many years. Larry was a talented organist. He played the organ at the Mormon Tabernacle in Salt Lake City, Utah, as well as performing many recitals at churches in Minnesota and South Dakota following the church’s purchase of a new organ.

He acted in the Black Hills Passion Play, portraying a high priest. And he was a Walmart Greeter for several years. 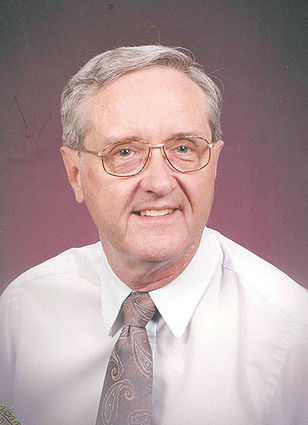 He was kind, caring, and a true gentleman. Larry had a dry sense of humor, was a hard-working man, and he would talk to anyone.

He was a wonderful father and grandfather. He will be greatly missed by his family and friends.

Larry was preceded in death by his parents; wife, Barbara in 2009; and niece, Kim Nelson.