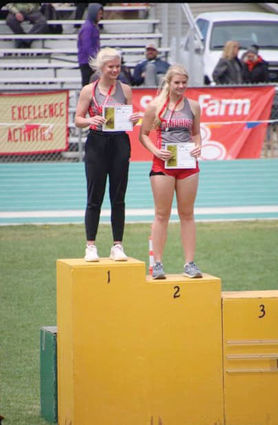 The Sundance Bulldog track team competed in the state track meet this past weekend, crowning one state champion and bringing home All State Honors with three individuals.

The Hofland sisters set out at the start of the season pushing each other to do better in each of their throwing events. A little sisterly competition pushed each one to improve and, when it came to the discus, put the two at the top of the 2A.

The Hofland sisters held the top two positions throughout the season and finished the season first and second in the discus at the 2A state track meet. It was Brook who took home the state title in the discus event with a throw of 108-09, followed by Bailey who threw 106-08, beating out their competition by over five feet.

“Accomplishing the goal of winning at state was very exciting,” stated Brook, “It was also kind of bittersweet because I had to beat my sister to accomplish it. Competing at the state meet was a great experience. It helped me learn how to remain calm and focused under pressure in order to succeed. It was also very humbling as there were some really good throwers in all classes.”

The Bulldog boys sent five athletes to the state meet and top runner Hunter Skeens took home two second place finishes in the 1600m and 3200m runs as well as a third place finish in the 800m.

Rounding out the other top eight finishes for the Bulldogs were Keaton Mills in the high jump with a fourth place finish, Jameson Fleenor in the discus with a fifth place finish and Josh Pridgeon who placed eighth in the shotput competition.

Coach Cross, Hofland and Victoria all agreed that it was a great season with a great group of athletes. They had a lot of fun while competing hard throughout the season.

Results from the meet: 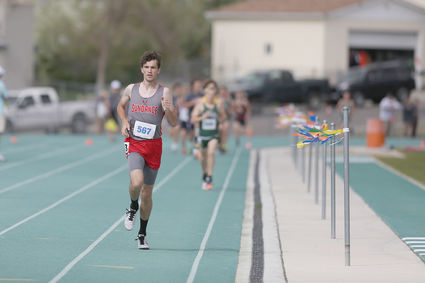