Marge was born in Sundance, Wyoming, on December 16, 1931 to Henry and Mae Oudin. She attended school in Sundance and Newcastle, Wyoming and Spearfish, South Dakota.

After completing her nursing training in Omaha, Nebraska, she returned to Wyoming long enough to be married on February 4, 1955 to her loving husband Roger Creamer, who was then in the U.S. Navy stationed at Norfolk, Virginia.

Marge enjoyed traveling around the U.S. and internationally with her family and friends. She absolutely lived life to the fullest.

Among her many adventures were radio-collaring a Yellowstone grizzly bear, whitewater rafting in Colorado, the southwestern U.S. and Alaska, landing a 198-pound halibut in Alaska, photographing polar bears in Canada, sky diving with her grandson Samuel and crossing high above the Zambezi River in southern Africa on a zipline. 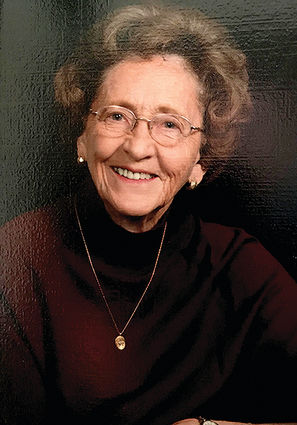 She was a longstanding and active member of the Colorado Springs Striders hiking club, the Harmony (Teal) bowling league and the Solos, where she made many treasured friends. Marge had an adventurous spirit, a caring soul and a loving heart and will be sorely missed by her family and friends.