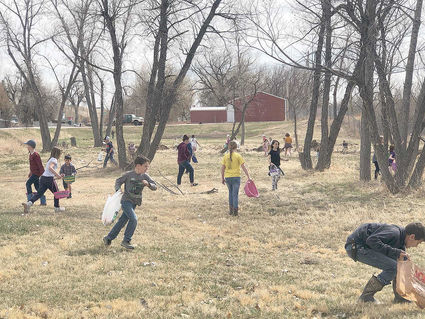 An Easter Egg Hunt at the Beulah Schoolhouse on April 3 saw a turnout of between 50 and 60 people, according to organizer Amy Julian. Hunters flocked from Beulah, Sundance and Spearfish, she says, including both newcomers and descendants of long-time Beulah residents – some of whom attended the Beulah School.

Bonnie Courchaine King was in one of the last classes, says Julian. Her husband John King commented, “It’s so good to see the Beulah spirit return.”