The gentle giant, Albert Joseph Tysver, 62, passed away on April 4, 2021, at the Spearfish Hospital on his favorite holiday, Easter, after being diagnosed three days earlier with stage four esophagus cancer. His wife and loved ones were by his side.

As a son of the town cop and the school cook, he drove school bus for half his senior year plus the next year. Employment at Scranton Equity for the ten years cured Albert of any desire for future mechanic work.

While joking with a local college waitress about going to the Jackson mountains, Albert and Tonya (Kromarek) caught each other’s heartstrings. Married on February 23, 1989, these newlyweds hit the road in a semi-truck for 13 months, with Tonya being the map reader and navigator.

A delivery to Hulett, Wyoming, changed their life as Neiman Sawmill was hiring. Albert worked in various departments there from 1990 to the present.

While at their first home in Hulett, a family was needing a babysitter; Tonya and Albert helped raise these five Letellier kids (Anna, Cooper, Hailey, Jhett and Duncan) as their own too, taking them hunting, fishing, camping to Flintstone Village and a senior trip, attending baptisms, graduations, weddings and other celebrations.

With a huge heart and a love especially for kids, Albert was a Scout leader and Pine Car Derby pit crew member. He was also a member of the Bear Lodge Multiple Use Association.

Never in a hurry, he was always ready to tell one more joke or story. He enjoyed snowmobiling with family, watching westerns and camping. 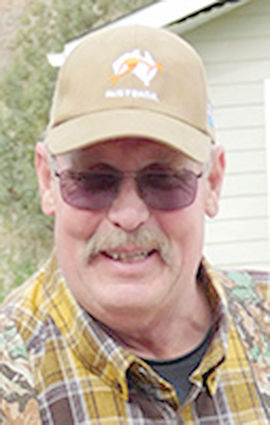 He is survived by his wife, Tonya Tysver of Hulett; brothers, Irvin (Kelly) Tysver of Billings, Montana and Tom (Karla) Tysver of Bismarck, North Dakota; his sister, Judy (Ron) Gangl of St. Anthony, North Dakota and nieces and nephews and extended family.

He was preceded in death by his parents, Joseph and Annie and a brother, Harold Tysver.

Funeral Services will be held Saturday, April 10, 2021 at 11 a.m. at the Greater Hulett Community Center with Pastor Jim Palus officiating.

Inurnment will take place at the Peace Lutheran Cemetery in Scranton, North Dakota, at a later date.

Pallbearers are all of Albert’s nieces and nephews, the Letellier kids, Zack Palus, CB Rangers and Faithful Friends Kids.

An online guest book is available at klinefuneralchapel.com