Vernon Arthur Montgomery, 75, Sundance, Wyoming, passed away peacefully at home on Tuesday, March 16, 2021 surrounded by loved ones. He successfully fought Non-Hodgkin’s lymphoma for 30 years but ultimately lost a final and brief battle to metastatic lung cancer.

He was born in Hot Springs, South Dakota, April 23, 1945 to Kenneth and Betty Jo (Smith) Montgomery. The family lived in Custer, South Dakota, until moving to Sundance when Vernon was two.

He attended school in Sundance, graduating high school in 1963. In June of 1964 he joined the US Navy. He proudly served on the USS Pyro, an ammunition ship, off the shore of Vietnam, until May 1969. Upon discharge from the Navy he returned to Sundance and began his career with the Wyoming Highway Department from which he retired in 2005 after 36 years.

He married Arna (Duca) on August 12, 1972 in Sundance at the United Methodist Church. To this union was born a daughter, Trista, in 1975, followed by the adoption of three-day-old daughter Kari in 1979. In 2005, their son Tristan was lovingly welcomed into their home to complete their family of five. 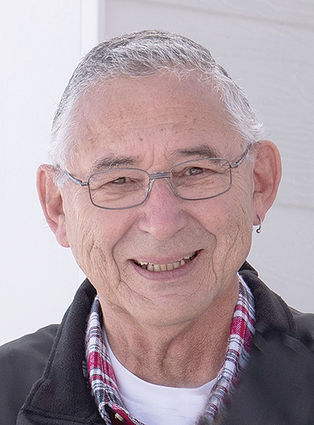 Vernon was preceded in death by his parents, Kenneth and Betty Montgomery; father-in-law, Arnie Duca; sister-in-law, Diana Hooper; brothers-in-law, Jim Morris and Ben Morris; and numerous aunts and uncles who played a very important role in his life.

Memorial services were Sunday, March 21, 2021 at the United Methodist Church in Sundance with Pastor Mike Paschall officiating. Inurnment followed at Green Mountain Cemetery with full military honors. Memorials have been established to benefit Bronc Bird Busters Shotgun Shooting Sports Team or a charitable cause of your choice in his name.