Vanda Kay Steele, 67, passed away peacefully on Tuesday, March 2, 2021, at the Crook County Hospital surrounded by her loved ones.

Vanda was born January 15, 1954, in Newcastle, Wyoming, to Mary Wondercheck (McLeod) and Frank Sipe Sr. She attended elementary in Moorcroft, Wyoming, junior high school in Osage, Wyoming, and high school in Upton, Wyoming, where she graduated in 1972.

In 1977 she began working for American Colloid where she met Lynn Watt, who she married on August 19, 1978. During their 14 years of marriage, they had three children; Leslie, Jerry and Kayla. In December 1992, Vanda moved to Nebraska, where she continued to work for the trucking division of American Colloid.

In 2006, she moved back to Wyoming where she resided in Sundance. After 13 years of employment with Sundance State Bank, Vanda retired in the summer of 2020.

Throughout her life she enjoyed time with her grandchildren, cooking, camping, barbecues, bowling, playing card/board games and a real good laugh. A laugh so hard you cry! 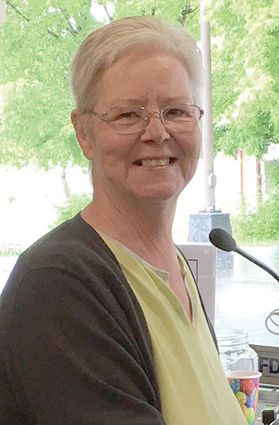 Vanda is preceded in death by her mother, Mary Wondercheck of Upton; father, Frank Sipe Sr. of Medicine Bow; her nephew, Justin Sipe of Colorado.

A memorial service will be held at 1 p.m. Saturday, April 10, 2021, at Fidler-Roberts & Isburg Funeral Home in Sundance. Pastor Dave Jagemann, Chapel of Faith, will officiate with inurnment to follow in Green Mountain Cemetery at Sundance. Please join the family following services for a meal at the Shooting Sports Building, located at the Crook County Fairgrounds.